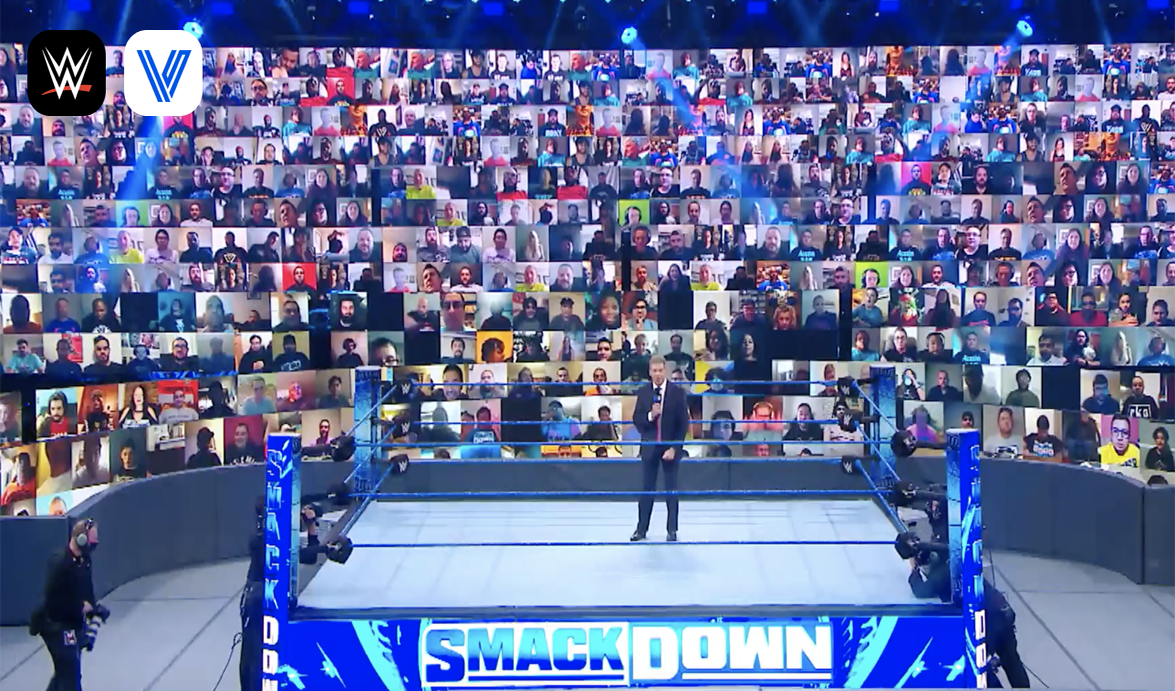 Managing a Live Audience is challenging in the physical world, but in today's virtual world there are new challenges to face which come with new opportunities - enter Liveswitch SDK Technology.

With a Fan Wall, you can bring your audience together for massively interactive Live Events. Show off your large fan bases to the world with a huge matrix of live streams using the fan's cameras. Capture fans’ sub-second reactions in real-time as game events happen.

The Fan Wall is a concept that can be adapted for any Live Streaming event. LiveSwitch’s technology captures and displays as many camera feeds from fans as required and gives you the power to decide who gets to be in the spotlight and when. Have a fan with a question for the host? Bring them front and center so they can ask it and when they’re done you have the power to replace them with someone else in real-time. This is also applicable if you find yourself with a rowdy fan that needs to be replaced.

There are many ways to bring your Fan Wall to life. You can simply display an MCU or a grid of MCUs on a webpage, or you can ingest the streams into one of many popular broadcasting tools such as OBS, XSplit, or vMix, splice them up, apply your own graphics, and broadcast out the resulting mixed feed. Whatever path you choose, with LiveSwitch’s powerful SDK in your hands and our team of experts just a phone call away you are sure to be successful.

Fan Walls have been built by a number of customers for events including live TV Shows like Saturday Night Takeaway and WWE Thunderdome. It’s even possible to build Fan Walls within 3D engines such as Unreal and Unity. This allows the live-action to take place on the real-world stage and then be fed into the live virtual environment. LiveSwitch technology allows fans to interact with each other and show hosts in real-time, while simultaneously allowing moderators to work behind the scenes to prepare audience members, ensuring a flawless event where everyone can enjoy the action.

The potential of this technology is vast as it can be applied to many forms of entertainment and collaboration. Instead of a Fan Wall, it could be a Delegate Wall at a virtual conference, an Audience Wall for a lecture, or it could be used for company employees at their town hall meeting. One day we might have a Virtual Grand Prix where real racing drivers operate simulators around a virtual Grand Prix circuit while a virtual audience fills the stands with their cheering played into the audio along with sounds from the simulated driving. The possibilities are endless as we apply this idea to any sport or for that matter, any event with a virtual audience.